This individual has been involved with the OSGA for about 10 years at the District level.  She has held a number of positions and strives for continuous improvement within her District every year.  Her dedication to the committee and to the OSGA does not go unnoticed.  A calm and committed person that makes District 11 – Muskoka/Haliburton better every year.  On behalf of the OSGA, we would like to recognize Mary Johnson as the female recipient of the 2018 Bob Secord Award.

This individual has been involved with the OSGA for 12+ years at the District level.  He has held a number positions and has been the go to person to ensure tasks get done no matter the situation.  A soft spoken person who loves to swim he takes pride in helping organize events for the participants of District 22 – Hamilton/Wentworth.  On behalf of the OSGA, we would like to recognize Aubrey Smith as the male recipient of the 2018 Bob Secord Award. 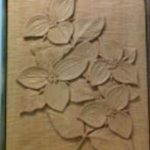 “Mr. Sport and Recreation” Robert E. (Bob) Secord began his career in sports administration immediately following his graduation from the University of Toronto in 1948. He was involved in municipal recreation in Brantford and Mimico. In 1951, he was hired by the Province of Ontario and for 10 years was responsible for development of sport and recreation programs in several western Ontario communities.

In 1961, he was promoted to a supervisory position with the Ministry. Through numerous shifts of the Sport and Recreation portfolio, Mr. Secord was continuously involved in directing aid for the development of both mass participation and high performance athletes.

Under his auspices the Sports Federation of Ontario was formed along with the Ontario Sports Centre and the present programs of support for provincial sport governing bodies were developed. He was one of those who started the present National Coaching Certification Program. In 1970, he initiated the Ontario Games (summer and winter) for able bodied athletes. He helped to establish the Ontario Games for the Physically Disabled in 1975 and the Ontario Senior Games in 1985. He was also involved in the development of the Special Olympics Program for the mentally challenged. In addition, he started the Ontario Sports Recognition Awards Program. He was instrumental in the success and growth of the Canada Games since their inauguration in 1967. Mr. Secord was Founding Chairman of the Interprovincial Sport and Recreational Council and was on the Board of the Canadian Olympic Association.

In October 1975, Bob was loaned to the Canadian Olympic Association for a year to develop and direct its support program for Canada’s athletes participating in the 1976 Olympic Games.

Mr. Secord was appointed Assistant Deputy Minister for Sport and Recreation in 1980, a position from which he retired in 1989 after 38 years service.

Throughout these years, Bob played an active part in several sport and recreation organizations related to his responsibilities. For his many contributions he was made an Honourary Life Member of Sport Ontario, the Society of Directors of Municipal Recreation in Ontario, the Ontario Municipal Recreation Society, the Ontario Recreation Society, and the Parks and Recreation Federation of Ontario. In 1988, the Canadian Parks and Recreation Association granted him a Citation of Outstanding Achievement. He was elected as an Honourary Member of the Canadian Olympic Association and was inducted into Canada’s Sports Hall of Fame in 1993.

Mr. Secord’s life long contribution to the development and advancement of people through participation in sport and athletic endeavours is well-known to Canada’s athletes, coaches, officials, administrators, organizers, volunteers and the media.

In recognition of Bob’s achievements, his family decided to initiate the Bob Secord Award of Excellence to be presented at the Ontario Summer and Winter Games, the Ontario Games for the Physically Disabled and the Ontario Senior Games. It is hoped that with this award, Bob’s ideals and invaluable contributions will endure.

The original award was designed and carved by Frank Potocnik of Thunder Bay. Born in Yugoslavia, Frank Potocnik has been instrumental in developing an awareness of all crafts throughout Northwestern Ontario. His wood carvings have been selected for Ontario crafts exhibitions and for exhibitions throughout North America. In 1981, he was commissioned by the Ontario Government to create a series of carvings for presentation to visiting dignitaries during the 1981 Canada Games hosted by the City of Thunder Bay. In addition, Mr. Potocnik is represented in numerous private and corporate collections in Germany, United States and Canada.

This is a list of past recipients of Bob Secord Award of Excellence.